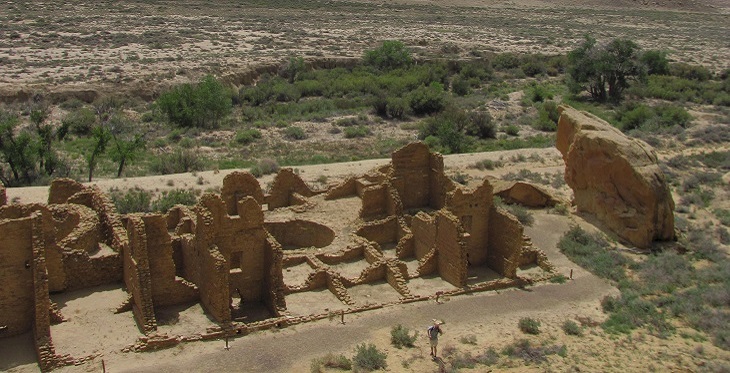 A great thing about America's Southwest is the diversity of its people.  Although many cultures call it home, it truly is Indian Country. The Navajo Nation with over 300,000 population encompasses more than 27,000 square miles of the states of Arizona, New Mexico and Utah.  Along with several other tribes and pueblos, they have a dominating presence.  Many of us in healthcare deal with this wonderful group of people on a daily basis. My personal experiences with them have been very rewarding and enlightening.  Over the years I have learned much and developed a high regard and respect for their way and philosophy of life.

It is fascinating how similar their beliefs are to many old world cultures and customs.  It clearly is a testament to the universality of mankind.

A while back, I was visiting a colleague who is a Native American on the Navajo reservation and she asked if I could go with her to see her aunt who had injured her leg. She lived about thirty miles deeper into the reservation. We drove her 4WD off the pavement about 3 miles past her house and headed into the high country of the Navajo world on a dirt road. About twenty miles down that road, we turned off onto a primitive road and headed deeper into the hills. Finally we reached her aunt’s house at the end of what was now more like a trail than a road. Her aunt lived in a one room adobe dwelling with no electricity or running water.

Her leg was swollen and discolored but she was still walking on it with the help of a self-made cane. Even through the edema, I could feel the incongruity of the bone. "There is an obvious fracture here," I told my friend "I think we should take her back with us and get an x-ray of her leg." She smiled and told me that she will not come with us but still translated. To make a long story short, all our reasoning and rationalizing was for naught. She had a herd of sheep and goats to care for and would not leave them. Despite the fact that we promised to return her home the same day. I started to insist but my friend stopped me and said; "you are not listening to her, she won’t go!"

There were good pulses, sensory and motor functions were intact. So we applied the leg brace my friend had so thoughtfully brought with her and showed her how to apply it properly. She patiently listened and even practiced it a couple of times. Then carefully folded the brace and set it aside.

Once we were done with our exam and stopped our fussing over her as a patient, she began being a motherly host and insisted on feeding us before we left. It seemed to be more of an importance to her than our house call. So much so that I was overwhelmed by her kindness and true pleasure in having us there that I embraced her with a hug. How she totally relaxed into my arms surprised me and for that moment I experienced the warmth and soul of being an Indian.

On the way back, my friend told me that her aunt had not been off the reservation for many years. "She lost her husband a while back and had been living by herself, isolated and happy. Local people and the Navajo Police check on her once in a while and bring her provisions in exchange for one of her sheep or goats. She does just fine without electricity and indoor plumbing. Computers, internet and even cell phones are completely alien to her." I smiled and we exchanged stories and wondered how this could be that people should live so isolated in this country of ours, but felt a gratitude that those like her keep traditions alive and are the foundation of our old cultures.

Today telehealth and telemedicine can help provide for our Native Americans living in such isolation while preserving their culture and way of life. Understanding cultures and respecting their lifestyle allows us to be respected by them, thus developing a mutual appreciation which in turn will help in trusting each other.  The technology of telehealth makes it possible to enter their world without interfering with it.

Reza Ghadimi is a visionary, freelance writer and healthcare advocate for the rural and underserved areas of our country and the world. His writings have been published in many journals.

Currently he is active in the International and Interstate Telehealth of the American Telemedicine Association (ATA), and is the Communication Director of the New Mexico Telehealth Alliance.  He is the editor of the weekly and monthly 'Telehealth, Telemedicine, and Tele-Education' newsletters.
For more about Mr. Ghadimi visit http://www.papulse.net/rg.htm