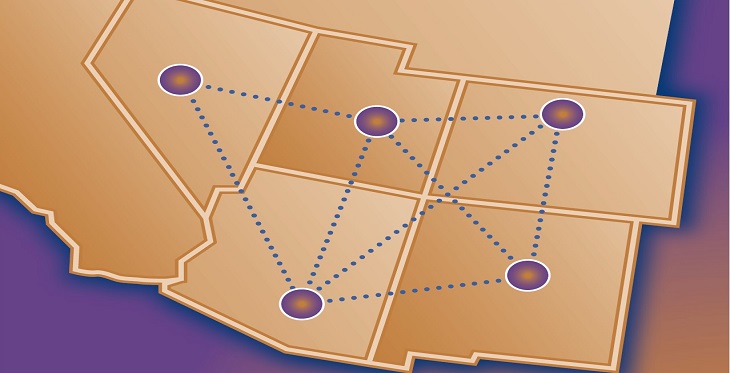 The Southwest Telehealth Resource Center has scored a hit!

Established in 2009 by the Arizona Telemedicine Program, with funding from the federal Health Resources and Service Administration’s Office for the Advancement of Telehealth, SWTRC serves telehealth programs in five southwestern states: Arizona, Colorado, Nevada, New Mexico and Utah.

In a recent analysis by the Manatt legal and consulting firm, all five states were ranked among the 20 found to be most progressive, with regard to state laws and Medicaid policies that “encourage the broad use of telehealth.” (https://www.manatt.com/Insights/Newsletters/Manatton-Health/State-Policy-Levers-for-Telehealth-50-State-Surve)

So what does this mean for you, the patient? If you live in the Southwest, it is good news overall, as it means you are more likely to be eligible for receiving some of your care via telehealth if you are on Medicaid.

“How can we remove some of these limitations? Awareness and education,” she says. “Policy makers need to be educated on the tremendous benefits of telehealth, not only in terms of improved outcomes for patients, but also on the evidence-backed economic benefits for healthcare systems and healthcare insurance programs such as Medicaid.

“ It’s up to us, who are using, promoting and gathering evidence on the benefits of Telehealth, to get out there and educate policy makers, insurers, healthcare administrators, providers, and yes, even patients!”

Change has taken place steadily over the past few years. and the pace is starting to increase, as legislative changes at the federal, state and local levels are becoming more frequent and less fraught with controversy and resistance, Dr. Krupinski says, “but what was to date a steady rise needs to become exponential.

“We want all states to get progressive marks in every analysis category the next time the survey is compiled.”

HRSA, a branch of the U.S. Department of Health and Human Services, funds telehealth resource centers across the country. At last count, there were 12 TRCs nationwide, as well as two regional centers.

Here’s how all 50 states and the District of Columbia ranked:

Jane Erikson joined the staff of the Arizona Telemedicine Program in April 2013. She was already familiar with the program, as she previously wrote about the program during her nearly 20 years of covering health care for the Arizona Daily Star in Tucson. Jane has lived in Arizona most of her life and is a graduate of the University of Arizona.