Is There a Future in Telemedicine for Small Practices 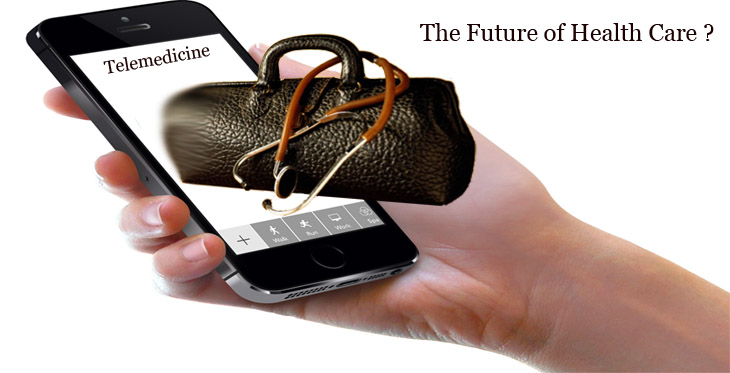 The year is 2030 and the days of small practices are coming to a tragic end, as the virtual capabilities of large and innovative health systems have become integrated into the lives of patients worldwide. Patient monitoring is constant, blending into the lifestyles of patients who have grown accustom to an emerging world of integrated healthcare in consumer technology. Healthcare has finally reached the golden age of patient empowerment and engagement in no small part due to telemedicine.

Whether this is a world of sci-fi or reality is still to be determined. What is for certain, however, is that we are in a time of great transition in healthcare, and this transition has not treated all parties equally. While the “big boys” of healthcare push forward with innovation centers and expanded mechanisms for care delivery, the small practices are getting left behind. With limited capital and staff to support the transitions being demanded of providers, the small practice finds itself neglected in a blossoming healthcare technology ecosystem.

So why are these practices that once made up the backbone of our healthcare system being neglected? Well for one, the number of small practices in America has been rapidly shrinking since their heyday just a few decades ago. In a recent report by the American Medical Association it was shown that younger doctors were 2.5 times less likely than older doctors to be in solo practice. The natural flow of new doctors moving from small practices to large health systems is causing a natural decline as no one replaces the previous generations of providers in small practices. As a result, there is a shrinking marketplace in addressing the needs of the small practice, pushing new companies to focus on the large systems which dominate the healthcare marketplace. However, while small practices may make up a shrinking portion of the healthcare system, it is important that we do not forget about the critical role these practices play in improving outcomes and working towards a healthier future. In a recent study conducted by the National Institutes of Health it was revealed that patients of physicians practicing in solo and small practices have lower rates of preventable readmissions than those in larger practices. Small practices benefit from close relationships with patients, treating not just the symptoms but the person as a whole. Thus the extinction of personalized, small scale medicine must not be pushed away as we move forward into the era of enterprise healthcare.

Enter the newest trend in healthcare: telemedicine and remote patient monitoring, which are becoming powerful tools in the fight against chronic illnesses and the rising healthcare costs in America. So how are small practices reacting? As you may expect, with resistance. In a recent survey, it was found that 75% of doctors identified a portion of their patient population that they believed would benefit from telemedicine. However, only 14% of those interviewed had indicated interest in implementing a telemedicine offering.

So why is there this disconnect between what doctors see as good for their patients and what they are actually willing to try? At its core, this resistance can be linked to the practitioner-patient bond that is common in small practices. Doctors don’t want to put technological barriers between them and their patients, and are afraid they might miss something if they can’t do an in person evaluation.

In addition to this bond, the last decade has brought many small practices countless headaches due to complicated (and in some cases, failed) EHR rollout in the past decade. Due to this hesitancy, we are seeing many providers who identify new telemedicine programs as profit-losing barriers to care instead of tools to improve patient access and monitoring. What is important for telemedicine vendors to understand is that the needs and budgets of these providers to implement technology is limited. They lack the massive marketing and admin teams of health systems and most importantly lack time to troubleshoot a product that is not working as promised. Thus we must perfect and simplify our products as vendors if we hope to foster the support of smaller practices.

So what will healthcare look like in 2030? More of the same? Or perhaps a world of connected care where providers are more in touch with the needs of patients than ever. The future is unknown, but if small practices cannot get on-board with the rapid transition to remote care it may be a bleak future for them after all. So is the rise in telemedicine the next EHR for small practices, and if so, will small practices once again be left to struggle as large health systems get the benefit of premium treatment and custom solutions? Only time will tell, but for the sake of patients, let us hope not.

Jake DiBattista is a Territory Manager at SimpleVisit, a video service provider that makes it easy for providers to offer video visits. For more information on telemedicine and the SimpleVisit solution visit www.simplevisit.com.