ATA Annual Conference 2016 - Why We Keep Going Back 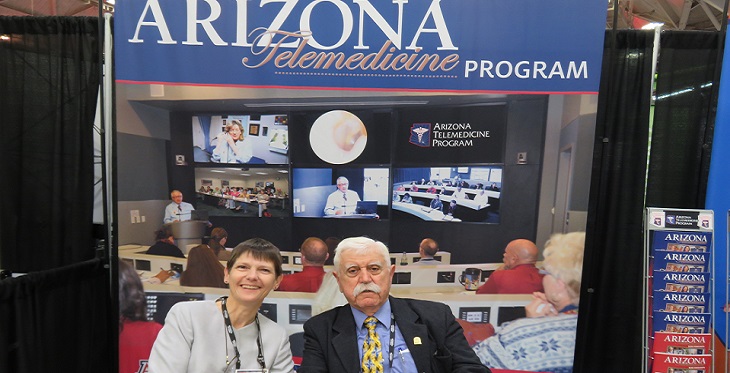 There are meetings that you go to once or twice and never return and others that you just keep going to year after years for decades. The American Telemedicine Association (ATA) Annual Conference and Trade Show falls into the latter category for many of us. I think this year was my 20th year – but who’s counting! Why do I keep going back? Over the years the meeting has changed in many ways – growing from a small but growing gathering of those already involved in telemedicine to a large and growing gathering of everyone from the seasoned telemedicine aficionado to the green novice just trying to figure out what it’s all about.

If has changed from a more academically oriented meeting with an exhibit floor to a broader industry integrated meeting with a trade show and massive exhibit. There are those who like the changes and those who don’t. Admittedly this year was a bit more on the commercial side and some of the talks/sessions were slanted in this direction as well. The scientific posters seemed to be less well advertised, placed and attended as well – but they were there if you took the time to find them. However, I think it’s all about what you as an individual attendee decide to make out of the meeting and take back home with you – and ATA provides a huge spectrum of options.

I think what no one can argue is that no matter your experience in telemedicine or what your feelings are about the program, venue, mix of science and trade show, we can all agree that one of the key reasons we keep going back is the people and the networking. When I first started going to ATA I spent the majority of my time in the sessions learning about telemedicine and absorbing what everyone else had to teach. All those pearls of wisdom from different fields and different perspectives was unlike any other meeting I had been to. Being from radiology meeting diversity usually means going from a talk about CT dose to one on MRI advances. At ATA going from one talk to another means going from telecardiology to telepsychiatry to learning how to create a business plan! It’s an amazing experience. And then there’s the exhibit hall – not as large as RSNA or COMDEX (which unfortunately is gone) – but certainly one of the larger vendor offerings for society meetings. There are those who never make it out of the hall over the entire course of meeting – there are simply that many vendors to talk to and interact with their new devices and offerings.

In recent years I’ve spent less time attending sessions (although more time involved in giving them) and more time simply interacting with people – and that again is the true value of the ATA. The SIG meetings (thankfully) are no longer at 7:00 in the morning but rather scattered throughout the meeting and much better advertised so even the smaller SIGs like the Human Factors one that I’m in has been getting more attendance. Shared experiences and brainstorming about new projects is much easier mid-morning after the coffee’s had a chance to work its magic! Since the SWTRC was part of the National TRC booth and the Arizona Telemedicine Program with its Service Provider Showcase had booths as well, I had to chance to “booth sit” at both sites throughout the meeting. These sessions above all the others really ended up being the best way to interact with people. At the SWTRC section of the TRC booth we had a lot of great people stop by, asking for advice, materials or simply just stopping by to say hi and update us on their progress from the last time we met either at ATA or virtually through the TRC website, help desk or one of our training sessions. That really is why we all keep coming back – to build those connections, establish those relationships, and forge new paths to promote telemedicine throughout AZ, the Southwest, the country and the world!